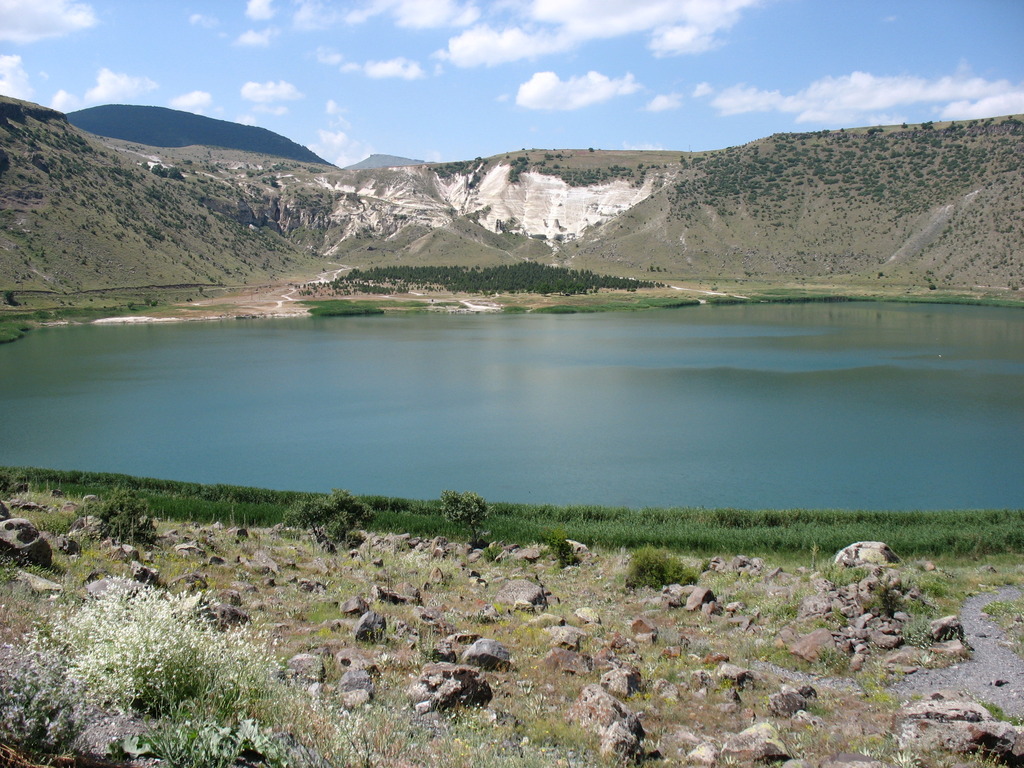 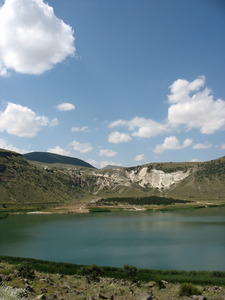 Nar Lake (Nar Gölü or Pomegranite Lake) is a volcanic crater lake about 36 km southeast of Aksaray in Cappadocia. It is about 12 km northwest of Nazianzos, best known as the seat of fourth-century bishop Gregory of Nazianzos, one of the Cappadocian Fathers. An extensive study of the lake’s sediments and pollen in 2008 revealed cultural continuity even during times of social turmoil.